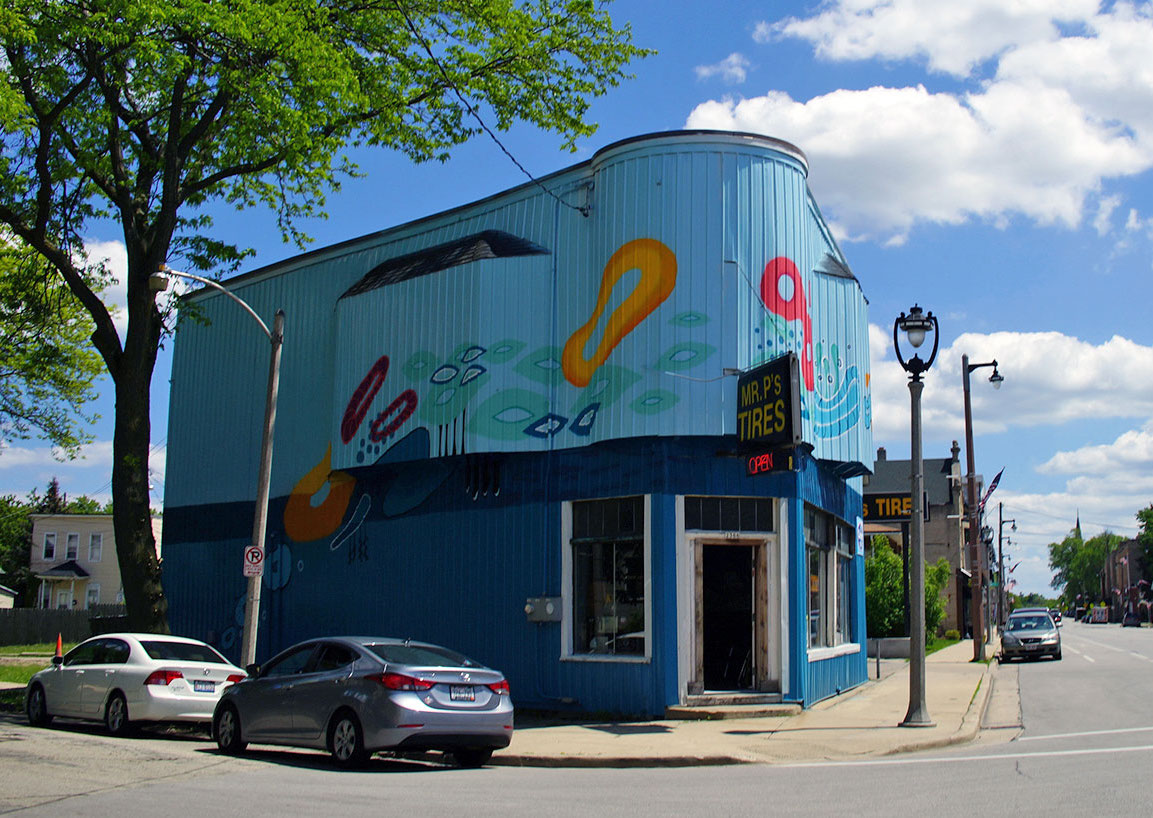 This mural was part of the Street Canvasing project put on by the Bay View Bid and organized by Stacey Williams of Black Cat Alley. I was lucky enough to be one of five female artists to be selected for five new murals to come to KinnicKinnic Ave. I took inspiration from the proximity to the lake and feeling of flow. I focused my idea on the location, Mr. P’s Tires, to create a concept that would emphasize the structure of the building and use it to my advantage. I picked a color and pattern to make the top of the building seem to lift off, making the bottom act as a watery base. I hope the public is surprised and temporarily lost in a moment when following the organic shapes up and around the building.

Using any smart device and the artivive app, you can unlock a hidden augmented realty layer of the mural.
Stand across the street and hold up your phone in the app to see it move and dance to music.

Download the Artivive App to watch the
mural move in augmented reality. 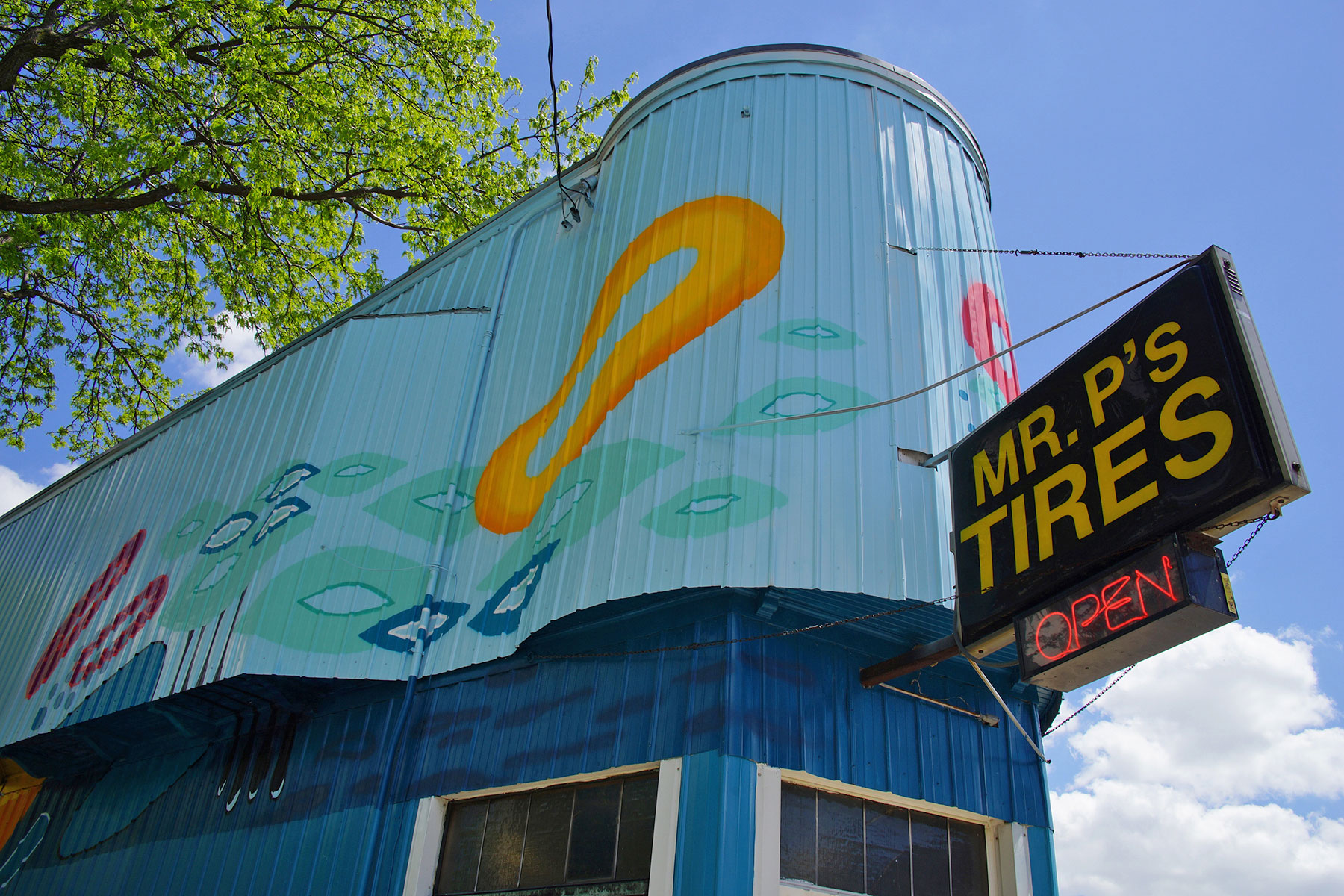 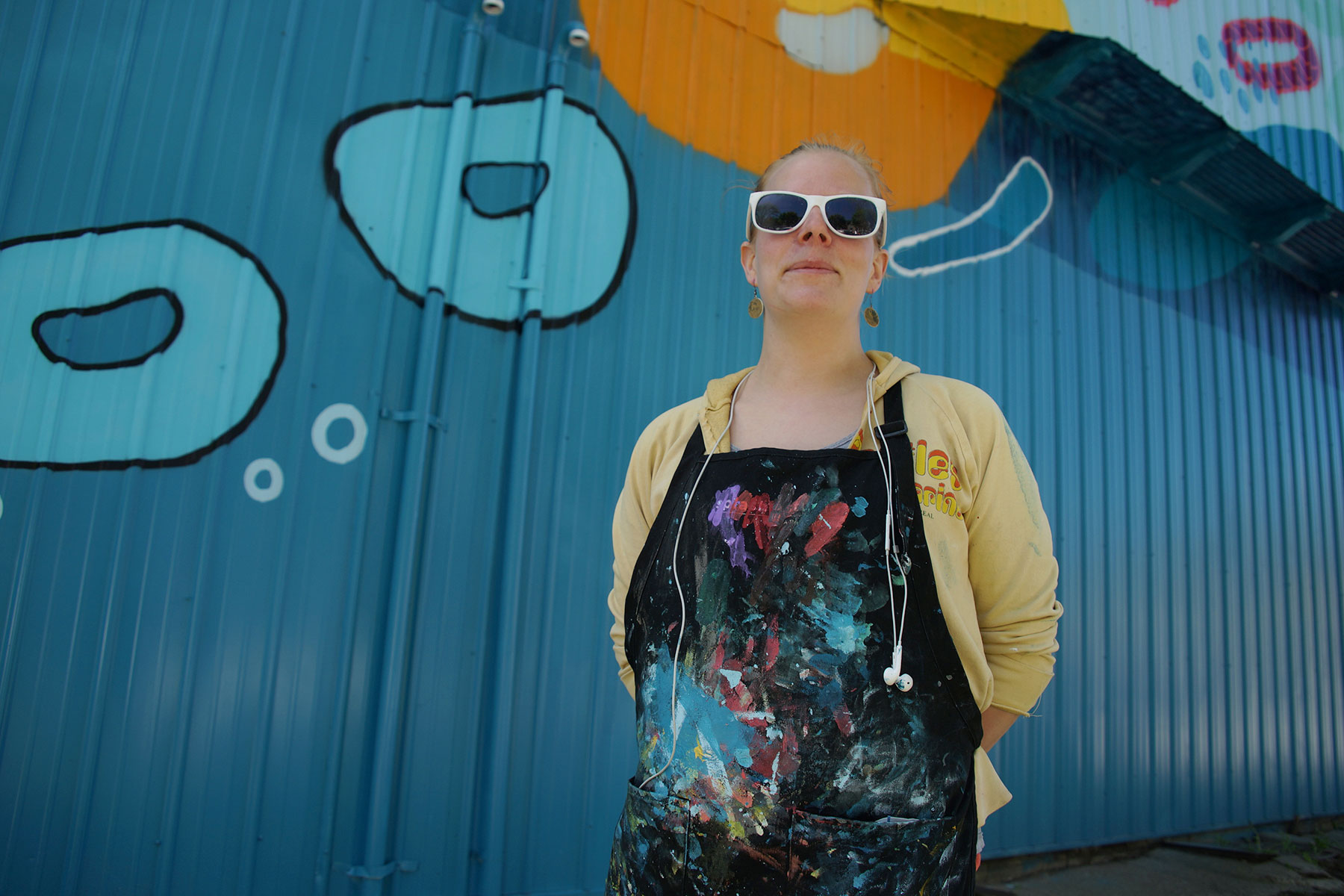 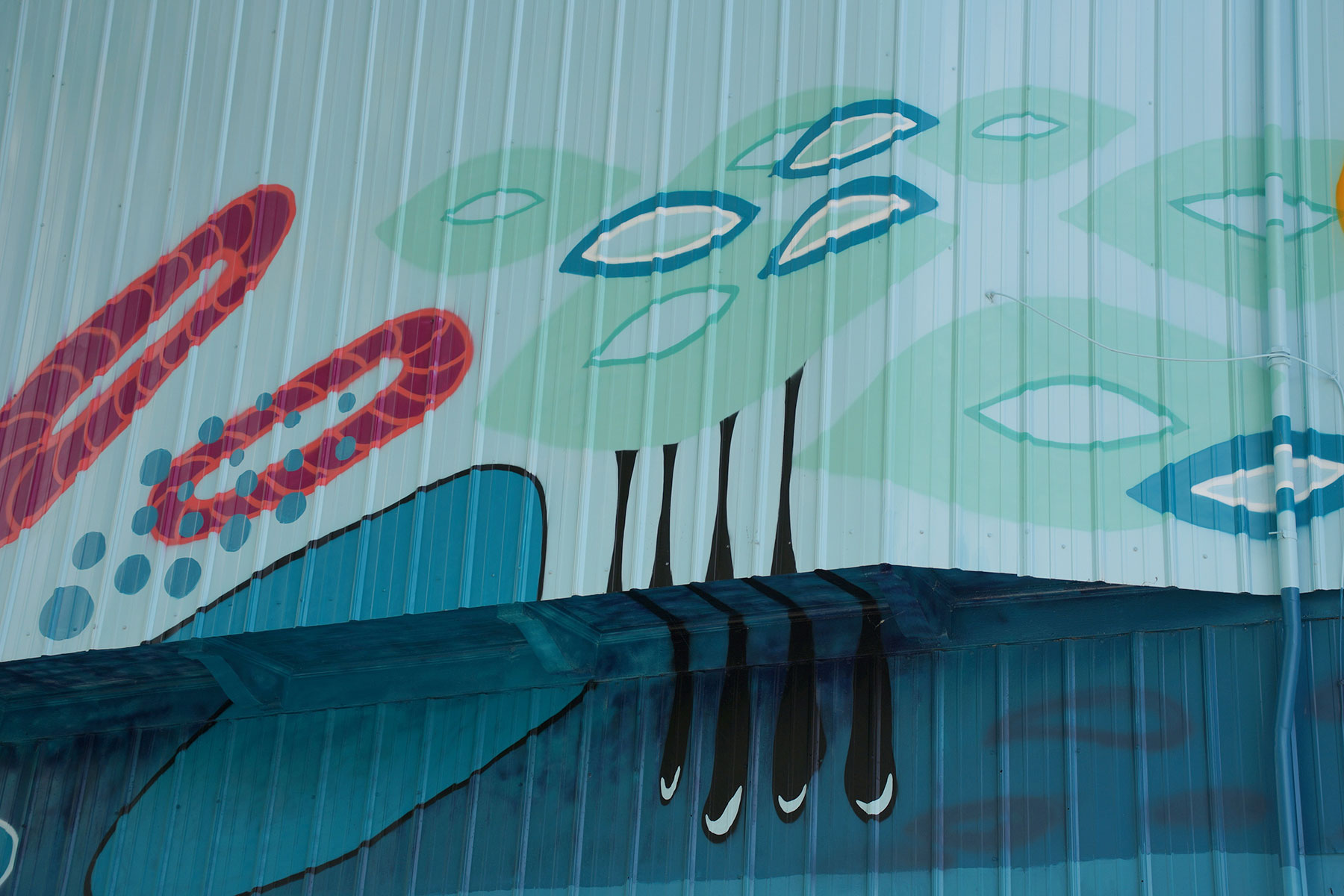 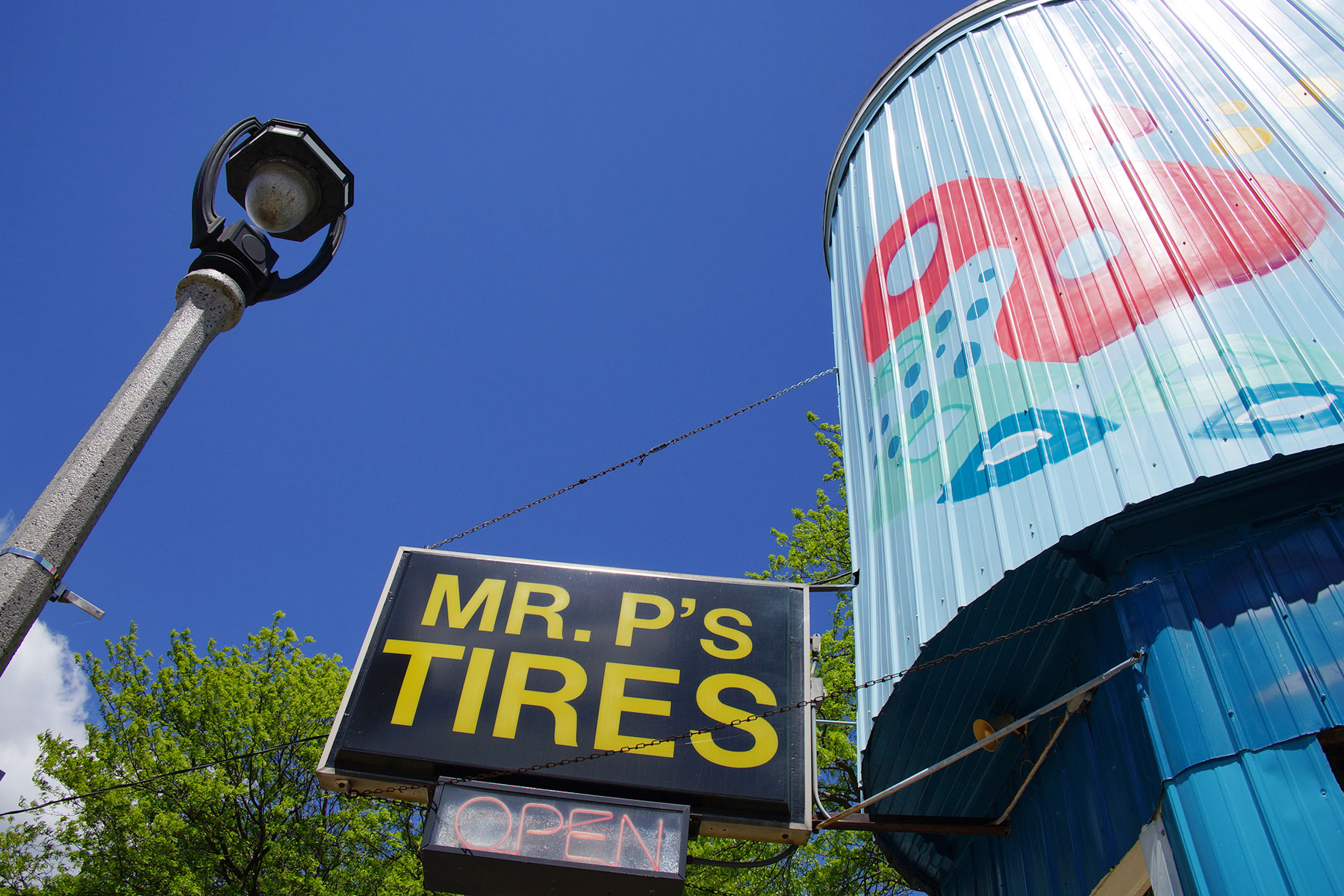 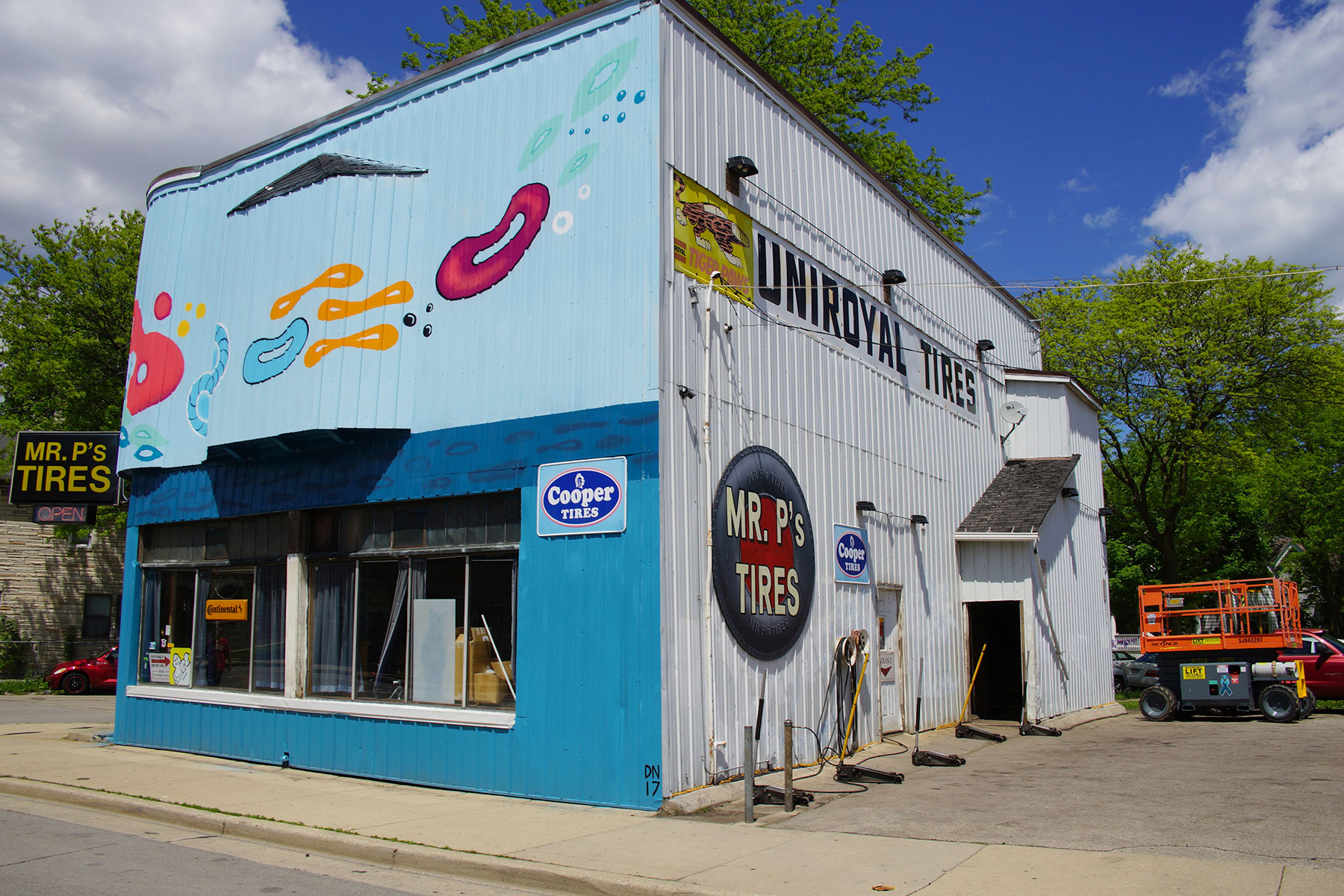 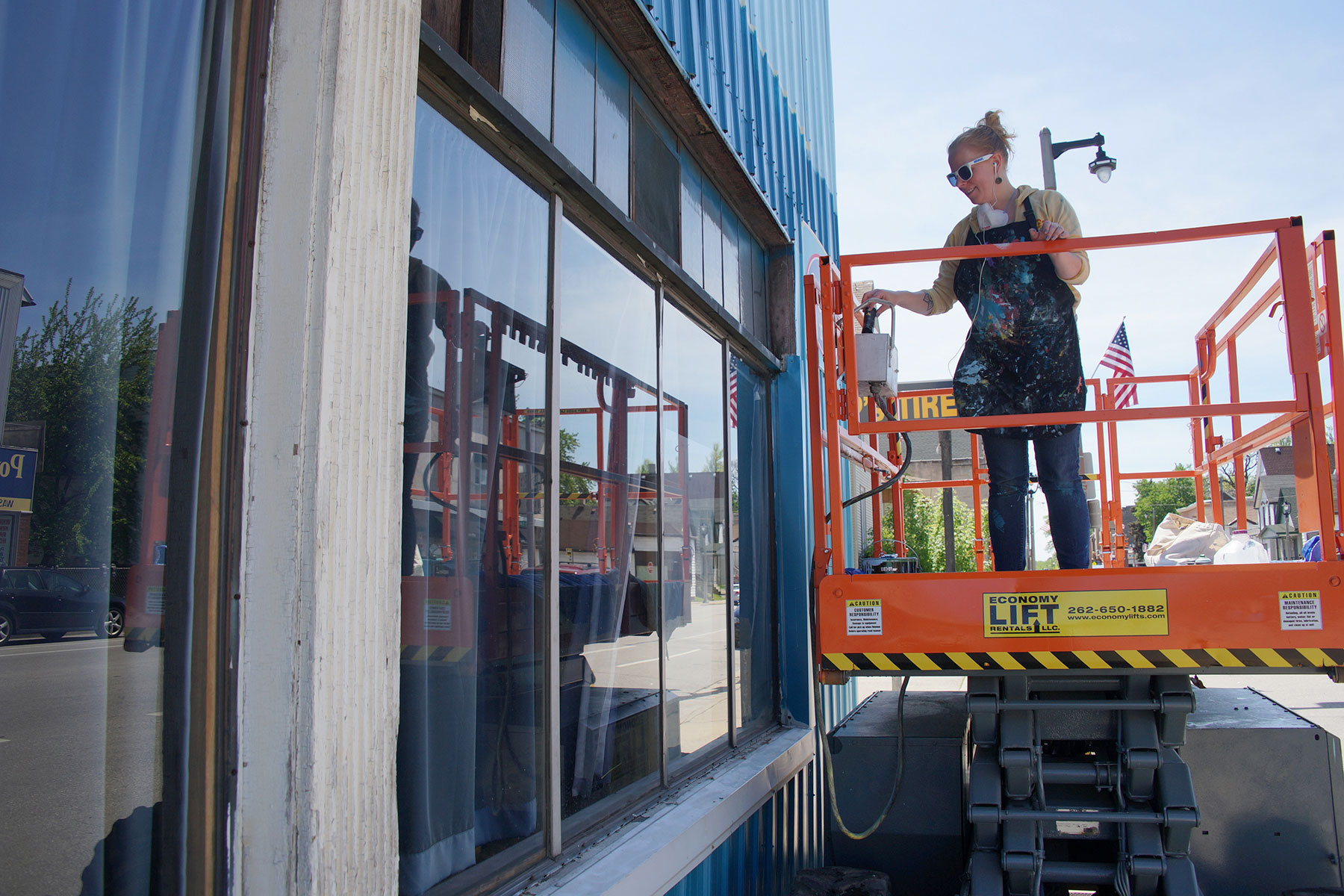 All Images Thanks to Lee Matz from Milwaukee Independent